This is obnoxious hate speech, and here is why!

While working, I often listen to talk radio.  Most of the stuff you hear is provocative, so you will listen past the commercials. 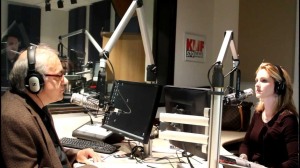 Some college professor made the statement that white men are all privileged and she would not even call on them in class, as they did not disserve her attention. Wow!  What a thing to say much less think!

My great grandfather was a German immigrant and my great grandmother was from Italy.  My grandmother who passed in her 40’s was from New York and her parents were from London.  Her line traces back to Winston Churchill in some circuitous route, while my fathers parents came across from the old country much earlier.

When I was a young person, I came up with the idea of mowing yards for spending money, as my parents were certainly not wealthy.  Dad was a mechanic for the airline who during its death throws absconded with the retirement money of its employees, which became “golden parachutes” for the elites.

I was not allowed to use the “family” lawn mower for this task so the first thing I had to do is come up with a lawn mower of my own.  Garage sales provided me with broken down equipment that I learned to repair and keep going while traversing the neighborhoods looking for lawns that needed upkeep.  $2 for the front and $2 for the back was the average fare.

By the end of the first summer, I had acquired 3 lawn mowers, an edger and purchased several rakes, brooms and other implements to take care of my customers.

The following summer allowed me to start a savings account as well as allow for popcorn money for the occasional movie.

By my senior year of high school, I was able to purchase my first car, which opened up different types of occupations that did not require as much sweat.

My first real confrontation with my white privilege status was when I went to try and work for Sears.  I had taught myself electronics at a very early age and had found employment at the local TV repair shop.  After working there, I could not stomach how they took advantage of people so I left to find something else.

Sears used to have a really good name and the service center was not too far from my home.  I went through the interview and was given the tour of the service area.  There in the back were several technicians, one white and the rest black.  This mattered not to me as I see people as people and judge by character.  If you are nice to me, I will be nice to you, end of story.

I had to prove my ability to repair sets, which I did rather handily.  While I was wrapping up the manager went to talk with his boss on my behalf.  He brought me out of the back into a private area and told me “he would love to have me but, his boss had just told him that he had to hire people that were non-white.”

This was my first brush with my “white privilege!”

This left a bad taste in my mouth.  I stopped spending money with Sears, as I believe one should be hired for their ability to perform, and not their skin color.

I went to work for another independent and found that they too screw their customers selling them things that they do not need.  I found that practice vile and gave my two weeks.

After finding a small place with rent that I could afford I opened up my own shop and for years, repaired TV’s for many folks.

Owning your own business is tough as one tends to work eighteen hours a day, at least.

There was a transition happening in the industry which brought the price of televisions down.  The transition was directly related to offshore workers building them.  When Zenith left American plants and went over seas; that was really the death knoll for television repair.  Zenith and Curtis Mathes were the holdouts. When they too went out of the USA, it was over.

Until that date the television was not only an apparatus, it was also a piece of furniture.  That too changed as plastic housings replaced wood and TV carts replaced cabinetry. 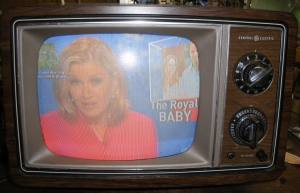 Customers would call for service or bring their set in and while I had it, they would be out shopping for something newer.  In many cases when I would call with the estimate, they would have already purchased something newer and would abandon the set.  The law back then was you could not sell their property.  I had to send registered letters and after 90 days, I could junk it.

I would place them into a storage unit until I had a 12 X 30-storage unit full to the door with televisions that I could do nothing with, other than junk them.

I closed the shop and went to work in the business machine industry for sometime and eventually through my hobby got into computers.  By 1982, I was well ensconced in the data processing field and by the early 90’s was managing IS departments. 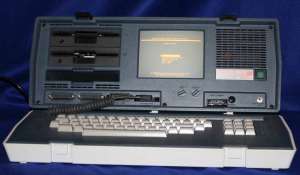 My hiring practices were such that if you could do the job and had the appropriate attitude I would hire you.  I was admonished by HR to look at people of color first, and consider them over their white counterpart.  I hired many of all races but, I did my best to be color-blind, as I do not think that your skin color should garner you any favoritism, or should hold you back!

Just as your skin color should not be a factor in being hired it should not be a factor in firing you, but it is.  One fellow that I hired developed a horrible attitude as the years progressed.  This man would go out of his way to anger me, which he admitted to at his departure dinner from the company.  He was doing his best to try to get me to call him something other than his name, so he could sue the company.

He found other employment and was leaving to go manage some group somewhere.  At his going away dinner he ask me with the whole department there, “how do you hold your temper?”  I looked at him blankly, whatever do you mean?  “I have been trying to piss you off for months and never once did you even loose your smile!”  The folks at the tables jaws dropped, as he admitted his plan and was now genuinely curious how I maintained my countenance.

Had I been a racist, I am guessing that he might have been successful.  I am interested in your character, not your color; and certainly not your heritage.

Today I work with many different companies as well as different government agencies.  They too still have to this date programs in place that business of minority status “must be considered first” before someone of “non-minority status, or white privilege!”

My customers that I get today have tried those methods, and have been disappointed time after time and finally call me.   Once I get a customer, they see the difference for themselves and I do not have to solicit them after that.  When they need my services, they call.

It is not my skin color, which earns me business; it is my character!  I do what I say that I will do and I stand behind my work.  I treat folks as I want to be treated and I genuinely care.

Those who foment racism are themselves most likely the racist in the room.  Knowledge is key to being anything that you want to be.  Knowing who you are is a good first start.  Don’t believe the lies, most people of character are color blind.

To the uber liberal feminist white hating professor; you should get out more.   I fear for the country when people of this ilk are teaching, molding young minds and spewing out their hate and bigotry from unfounded diatribes!

I too have a dream; that we as a people will learn from history; that we will know from whence we came and endeavor to correct the mistakes of the small-minded bigots of the past.  It is easier to believe the lies than think outside the box, learn for yourself that people promote the lies because they are a comfortable place to hide or they promote an agenda, that is fallacious at best.

The simple facts are that there are a privileged class of folks.  Color does not enter into the algorithm however.  Adding color to the equation makes it play better and easier to sell, like the fictitious war on women.  Nice sound bite, but untrue!