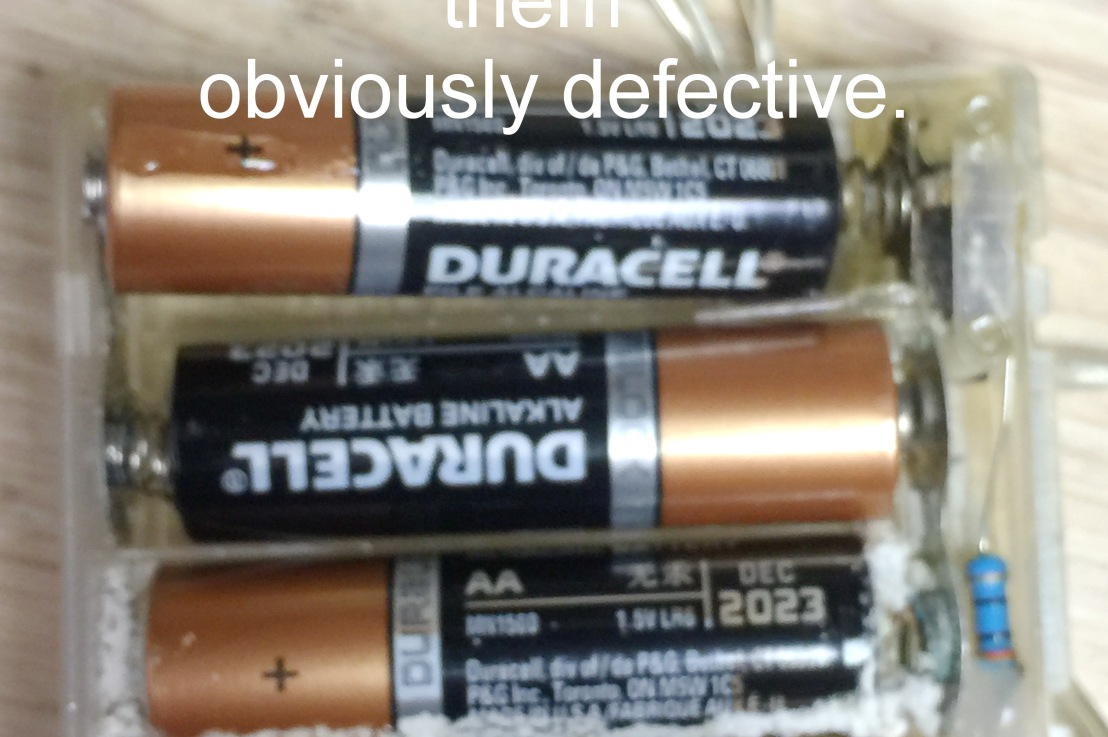 Batteries are a troublesome thing and can be a real source of irritation.  Batteries used in devices like this keyboard, for instance, can be in there a long time before they need to be replaced.  The Current draw is small so the battery could last years.

My mouse was recently acting squirrely so I decided to change the batteries.  When I opened the battery cover the familiar white crystals of “leaked battery” were everywhere.  Managing to clean the contacts I decided to change those in my keyboard as well.  Also leaked everywhere but not near as easy to clean.  Removing about 25 screws to separate the keyboard I was indeed able to clean the contacts and remove the crystals which had formed.

The batteries had a shelf life until 2023.  They were indeed still working.  I had another device that I had used at Christmas last year and put up with the batteries in it.  Retrieving it from the closet I took pictures for you.  Also still had power in them which was amazing but defective. 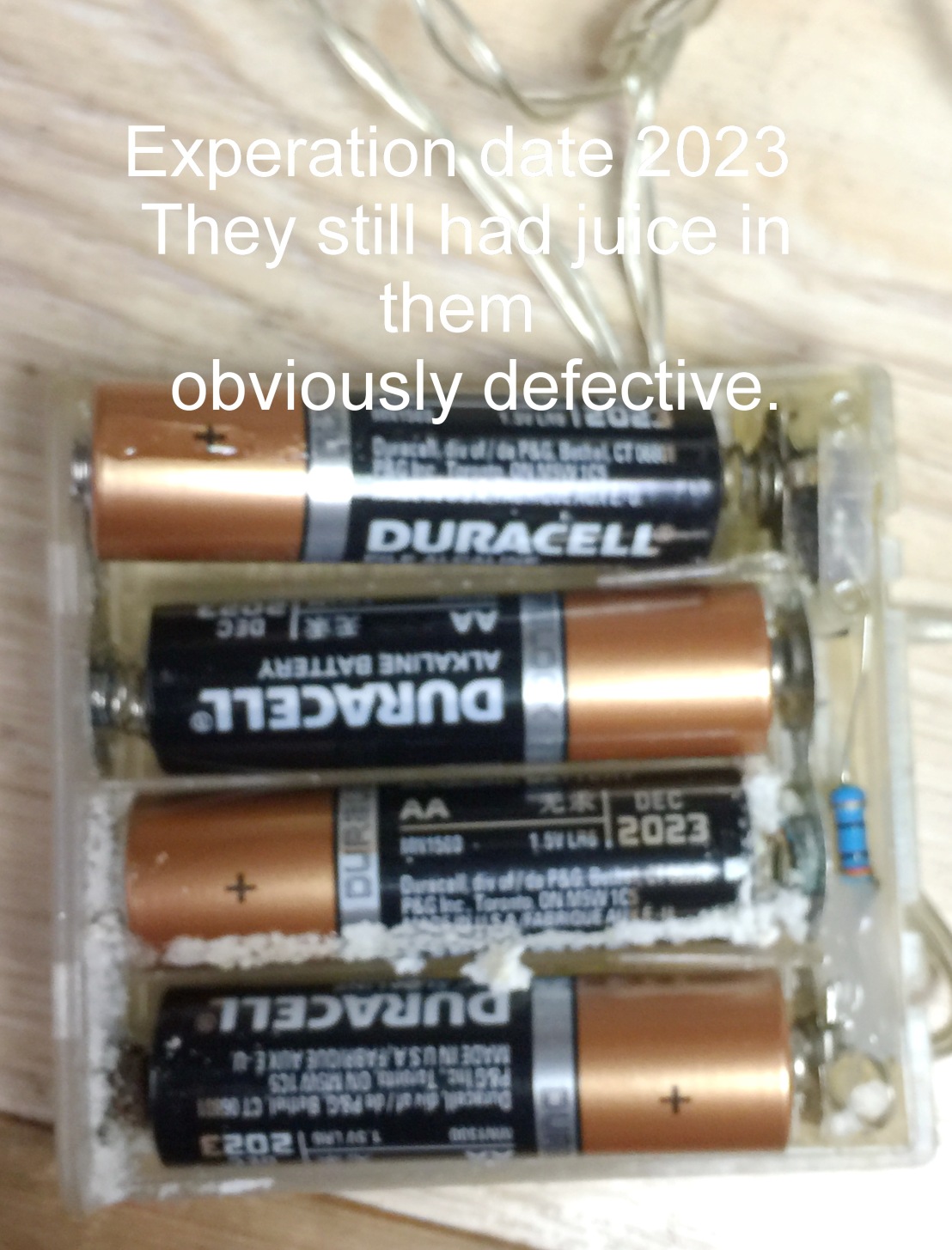 Duracell has been my go to battery for decades.  Occasionally I get the other brand and it is a good thing that I did.

Another apparatus that I depend on is a lightening defector by Acurite.

As a radio enthusiast and a bit of an outdoor nut, I want to know if there is weather around.  Here in Texas, we get some rather nasty cloud to ground lightning.

The backlight in the detector was dim so I decided to replace the batteries before the last storm.

Installing the new batteries the apparatus did not work. 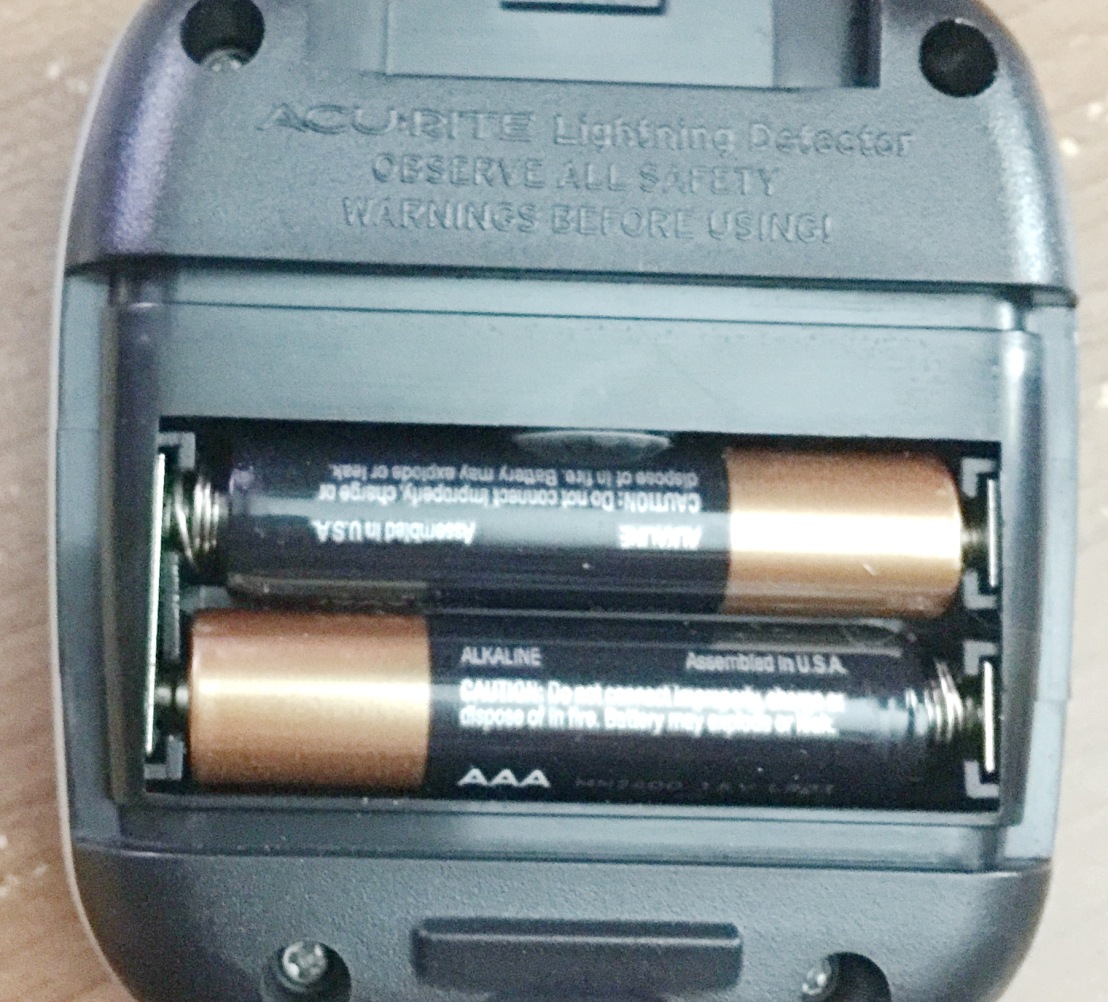 Taking a closer look at the batteries it became apparent that the new version of Duracell AAA batteries has a smaller tit on the positive end.  This means that it may very well not make contact with the battery contacts. 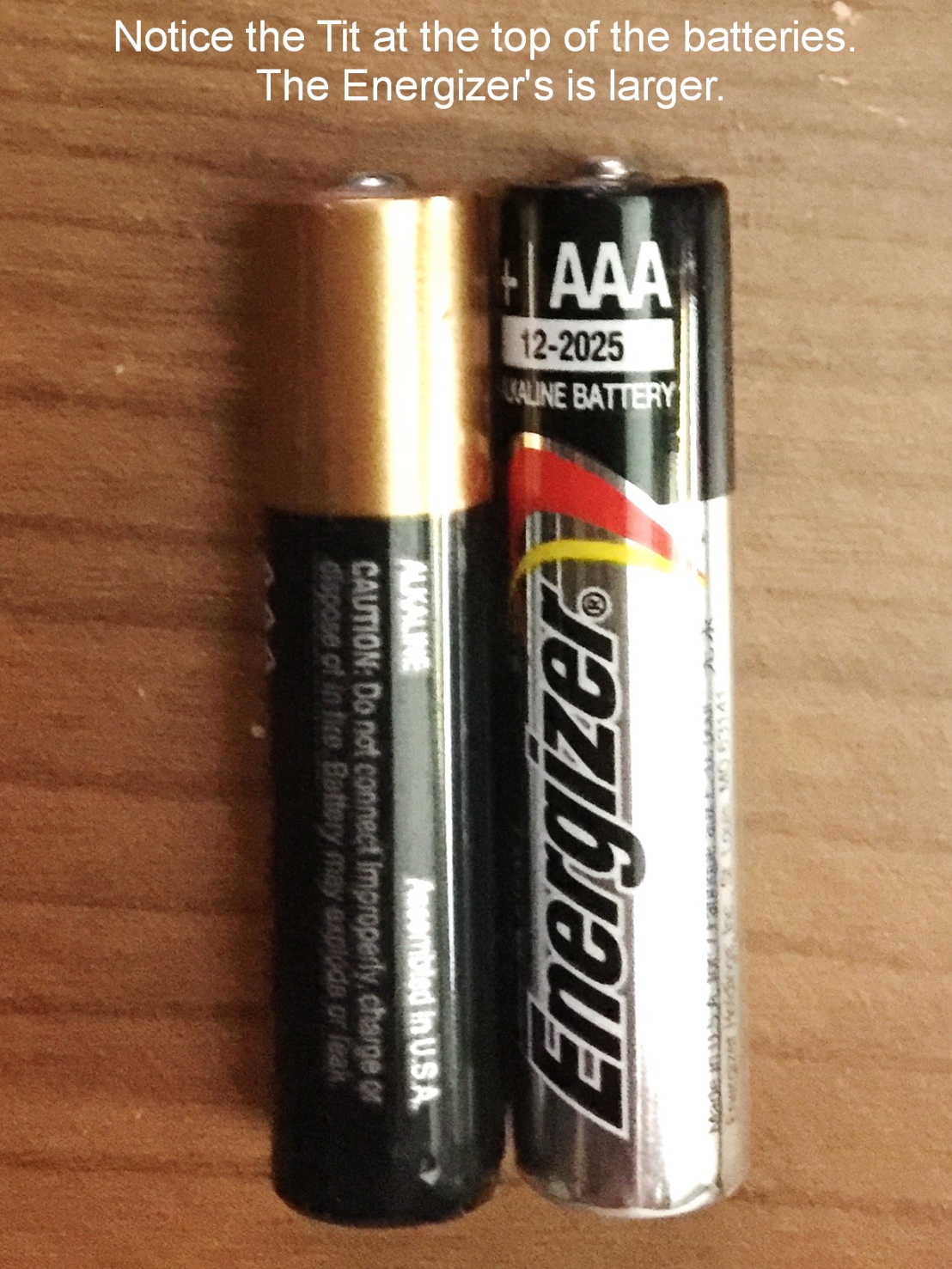 If you look carefully you can see that there is a gap of a few thousandths of an inch between the end of the battery and the terminal.  This is a common type of connector in radio’s and other battery operated things. 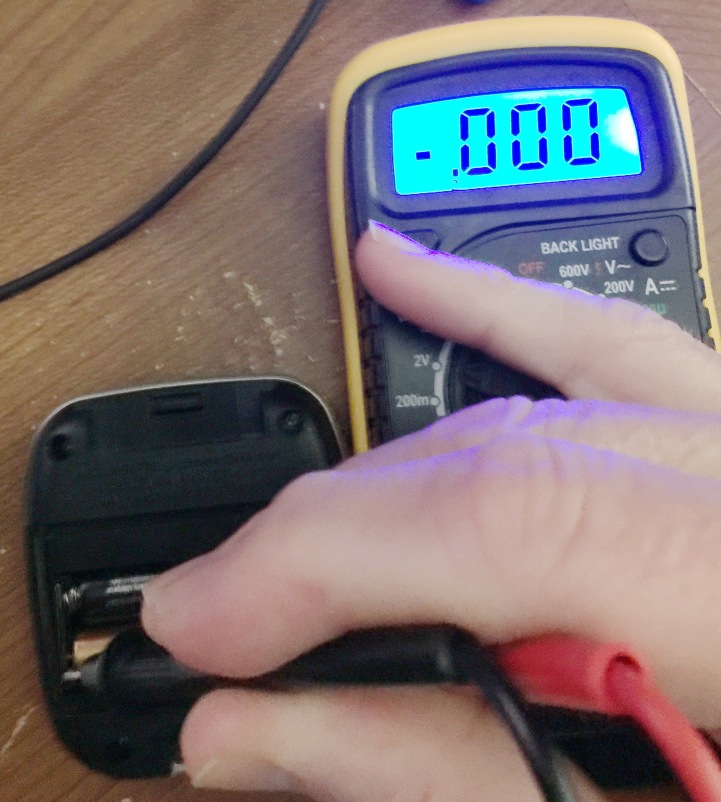 If your device fails to work after replacing the batteries, check this!

If you happen to know anyone at Duracell you might forward this to them.

Houston you have a problem!

Save the landfills and your hard earned money, check the batteries and the connections.