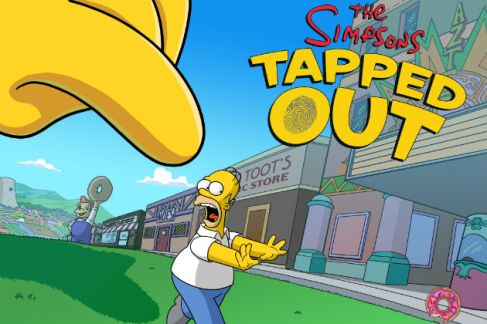 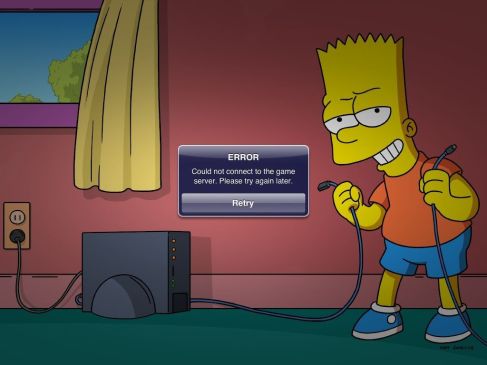 I was asked, “Don’t I ever write about something whimsical?”

I don’t understand why pinworms are not whimsical but, In light of that comment here is my attempt at whimsical.

In April of 1987 the Simpsons were introduced as a cartoon short on the Tracey Ullman show.  After which she went out to the audience and bellowed her now famous ending to her show.. ”GO HOME…GO HOME!”

I was watching that night and thought that the creator of the Simpsons might have something. Twenty Six (26) years later the show is still on during prime time and there seems to be, like me a “faithful audience”.

Without the DVR, I must confess that I would probably not watch it, but that can be said of just about all TV.  I know too many folks that live their lives around the lineup on different channels.  I would prefer to live my life and fit in television entertainment when I have nothing else going on.

Recently during the Christmas Holiday, during a visit with family;  I discovered “Tapped Out.”

I have played every day since then, sometimes several times a day.  What is my draw to this game, and more importantly why do so many folks play this game!  I am not a gamer and do not generally play games.

The recreation of the Simpsons characters that I have watched for so many years and Quimbie’s evil laugh, are probably two of the largest reasons.

Pros:  I think that the game introduces children to some Time Management skills in that in order to succeed in a short amount of time one must know what each and every toon is doing and more importantly, when they will come off task.  This is so they can be “re-assigned a task.”  Giving them task which correspond with the times that you will be able to “play” once again are key towards efficiency.

The currency in this game is interesting as there is cash and then depending upon the event there are special things like hearts from Valentines Day which earn one special gifts. Coins from Christmas or the “winter holiday” earn special things that are only made available during the event, and like now there are eggs from the snakes from the whacking day event.  By whacking larger and larger number of snakes one can get more prizes.

In order to succeed at these events you need to have friends that will help.  It is imperative that your friends visit your town and give you what you need and in return, you visit their town and reciprocate.   So in a way this is teaching team work.

There are remedial financial lessons to be learned as you have to do something with time being the common denominator to earn cash with which to purchase land or houses or what have you.

The Cons:  Donuts and cash..

There is another currency which is of all things donuts.  You can earn donuts but with such infrequency it is almost not worth mentioning.  People purchase them for real money.  A dozen for $1.99 and the price goes up from there.  Now if they are using this money to pay the programmers I am ok with that except “kids” are playing this game and some young enough that they may not correlate that money that they are spending with the actual value of what they are buying.

Scratch off’s.  I am sorry but, this part of the game with the $1 option to play for donuts is tantamount to gambling.  I am not certain how this has skirted around the laws but, here you could have children gambling, thinking that they are going to win “mega donuts” for a dollar and only get a few.  This is germane in that there are certain items  only available for purchase with donuts (cash).

There are several flaws with the graphics that constantly plague this game.  The characters often end up doing a “moon dance” backward and through buildings and houses and what have you as well fragmented buildings or dumpsters or houses often clutter the screen causing one to shut down the game and start again.

All too often we get to see Bart with a network cable in his hand telling us that it cannot reach the servers, please retry.

I would like for FAT TONY and some of the other mute characters to have a voice as well.

One positive about this game as it evolves in parallel to the show.  Something is added or changed with each new show and that keeps it lively.

If you like this and you happen to play this game, I am staylor823 using the Origin account and I need eggs!  LOL (Was that whimsical enough?)

Good playing or fishing or whatever makes you happy!

One thought on “Simpson’s Tapped Out”