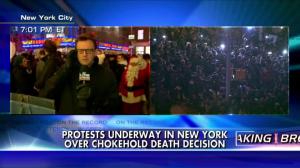 The recent protests over Micheal Brown’s death were ill advised and predicated on lies.

There are senators, football players and people in all walks of life holding their hands up screaming don’t shoot. They are perpetrating a hoax on society to further an agenda that could have very dangerous consequences. This would be fine if it were not based on a lie!

Don’t resist arrest.  Parents, teach your kids not to resist arrest.  Teach them from a young age to respect folks, not just their elders, but the man in Blue.  Stop with the victim mentality..

The man in blue has a tough job, they have to do everything right.  Each and every decision needs to be automatic as some must be made in a split second.  If you brandish a weapon, the Cop now can fire at you.  If your behavior makes him or her fear for their life, they can shoot you. It is not as if they are going to mull it over in their minds.  If they see a weapon pointed at them they are going to use deadly force!  Shoot first ask questions later.  That goes with the territory of being a cop.  They deserve to go home at the end of the day, as do you.

Eric Garner should still be alive.  Unlike Mr. Brown, Eric Garner was simply not complying with orders to put his hands behind his back.  He was no stranger to the police; and the judicial system. Mr. Garner has a criminal record that includes more than 30 arrests dating back to 1980 on charges such as assault, resisting arrest and grand larceny.

We could get off into the weeds and talk about how this opportunist came to be a petty criminal, selling un-taxed cigarettes and that is certainly worthy of another blog. The outcome was unfortunate.

The press is playing loose with the facts to stir up interest which relate to ratings.  It was clearly not a choke hold but calling it one or misleading the reader to believe that it could have been one, will get more readers, thus more ratings.  It also leads to more mistrust and possibly more violence.

If he could talk, he could breathe, clearly if it was a choke hold, he could not have talked. Mr. Garner had asthma which complicated his arrest and most likely added to his eventual demise.  Had he not resisted arrest he would still be here.  Had he not been violating the law, he still would be here.  He clearly had no respect for the man in blue and that is the dangerous message that it being propagated by these two deaths.

To craft the narrative in such a way that Mr. Brown, a black teenager headed to college, was executed by a white cop is a dangerous narrative as more black folks are liable to believe it, and disrespect the cops.

Mr. Brown was a troubled individual that had a long criminal history.  Mr. Brown’s lifestyle and lack of respect for the law lead to his demise, and nobody but Mr. Brown is responsible for that.

Mr. Garner had underlying medical conditions which evidently played a role in his demise.  That would seem to be the facts as I can gather them from the various sources.

So who wants to be a cop?

Cops have a real tough job.  They have to deal with some pretty crappy people.  Watch Alaska troopers of some other Nat Geo shows about troopers. 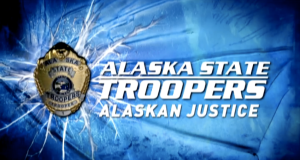 If you want to know about the cops in your area, get a police scanner and listen in.  You will hear all sorts of non-sense and wonder who those people are that are pulling that crap.

Unlike what the media would want you to believe, neither of these deaths had anything to do with race.  The perps happen to be black and the cops happen to be white.  The interesting thing is, when a black officer shoots an unarmed white guy; it hardly makes the local news much less the national news.

Here is the message that is to the point.  “All life matters!”

I would like to see all officers wearing body cameras that have to be on and recording when they are on duty.  This data, as it is being recorded, should be uploaded to the cloud so it is “non-volatile.” This data should be on screens that their supervisor has access to, live as it happens.  With the radio going and the cameras streaming video, it would take the cop question out of the equation.

If you are going to protest make it count.  Push for this technology to be in use so the cop gets a fair hearing and the people that he deals with cant claim something that is fallacious, calling the officers actions into question.  With the use of the camera, the “bad cops” if any; will quickly be looking for another job.

I know of cases where cops acted too harshly so I am not blind to the fact that some need to be doing something else beside wearing a gun and “serving you!”  When the facts are there in HD color with audio and video from many different angles, it would be difficult for the cop to claim an untruth, and it would be difficult for someone to say that he was kneeling on the ground with his hands up when he was shot!

-Best to you and those that you care about… Be careful out there if you are protesting, we don’t need to have any “Accidents.”