I admit it; I am a gadget freak!  Ever since I was a little guy and I heard an announcers voice come out of a radio, I was hooked.

There was indeed something magical about listening to a baseball game on the radio.  We had this Zenith floor standing Radio with that magic green eye in the dial.  Lights from the dial illumined the room as often you would find yourself transfixed on their voice and their description of the action on the field.

Those days are gone.

We have ample flat screen TV’s in super ultra 4 K extra high definition! Whatever all that means.  Much like having a stereo that faithfully reproduces a square wave frequency from 20 to 20 KHz when the human hearing is good up to 12khz or 14Khz tops, one has to wonder.  How many colors can my eye slash brain actually discern?

Satellite Radio offers some nostalgia for those of you who like Johnny Dollar or the Shadow knows.  There are many more stations that one can listen to on road trips.  The art of producing such a radio broadcast is probably all but lost today.

What you can hear on the radio itself, pales in comparison to what the radio used to provide.

AM radio is basically talk radio or news all day.

FM radio, of course, is everything from soup to nuts.

Portable radios of not too long ago, 70 years or so, were tube based.  Two batteries were required, and of course, the longevity of the batteries was not that great.

The TR-1 was the first radio that was a joint effort between two companies.

Other companies jumped on the bandwagon with the advent of the transistor.  Now you could build a portable radio and power it with inexpensive batteries.  This device would fit into a shirt pocket or purse comfortably.

I have purchased two kits from eBay sources that are radio’s that mimic those of today.

One was a straight AM radio with a similar design to those of 60 years ago.  There were no directions included with them that a non-Chinese writing, reading person, could make much sense of.

Building the device using the knowledge that I have, I was able to get it working satisfactorily.  The AM FM radio kit that I bought was also lite on instructions and some parts.

Thankfully the parts missing were easily obtained from my supplies of parts.

This radio contained SMT (surface mount technology) which is always somewhat fun to “weld” as they say in their instructions.  I don’t guess that there is a word for solder in Chinese.

I am always thrilled when I first power up a kit, and it works from the get-go.  No smoke or other short circuits. Noise with modulation did indeed emanate from the speaker.  Soon enough there was a ball game being broadcast which, caused me to pause for a moment.

After everything seemed to work as it should, I finished the assembly installing it into the case provided.

The difference between this radio and one of the 70’s was that there are three integrated circuits inside this radio.

Now give that some thought for a second.  The significant parts of the radio were all on chips.  The SMT chip is the FM radio.  The eight-pin DIP is actually a stereo amplifier chip.  The third which had I not looked carefully at resembles a transistor complete in a TO 92 case.  Three legs only.  That is the AM radio which is actually a several transistor AM radio.

All of the rest of the components are supporting components that they could not build inside the chips.

A handful of capacitors and a few resistors, switches and one variable capacitor.

The FM radio oddly enough does not track linearly as it should.  At either end of the band the stations come in, but in the middle, there are “birdies” and dead space.  This might very well be a design flaw in the circuitry.  You can get all of the stations, but they are not where the pointer says they should be.  After adjusting the trim cap on the variable capacitor, I was able to get stations to come in but again not where they belong.

The AM radio is another disappointment.  Yes, it works, and I can get the stations to come in where they should however…. The strong stations swamp the weaker stations.  I have two strong stations close to my house, so they indeed swamp the receiver.  If you ever had a crystal radio, this is much like that only it has a speaker and power.

Some quick research on the AM chip, I learned that this is a flaw of the chip.  One person has designed a circuit to lower the voltage to the semiconductor alone.  This modification supposedly allows the AGC to act correctly inside the chip enabling the radio to have more selectivity.

I have ordered some of the AM chips.  I plan to “play” with that design myself to see if indeed there is a way to build a radio with that chip that is satisfactory.

As a Ham Radio Enthusiast, when I see a complete dual band handheld radio with a flashlight and FM broadcast radio built in for under $50 dollars, one has to wonder how the major brands will compete with this. 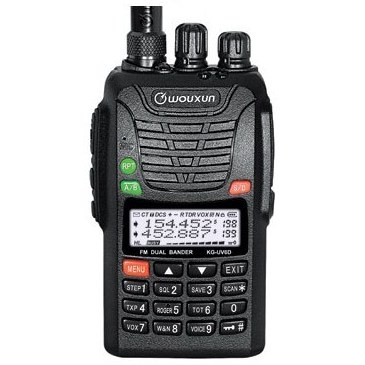 In short the Chinese have multiple “kits” that are on eBay.  I firmly believe that many of these kits were sub-assemblies for larger apparatuses that were discontinued.  The market for DIY folks like myself is rife with such things as most of us don’t need instructions.  If on the other hand, you are one of those “step one, step two, folks these kits may not be for you.

The lack of instructions requires that you bring to the table a wealth of experience.  Knowing how to “weld,” solder is mandatory.  Having some idea of what you are building so you can take precautions with static electricity and of course high voltages is also a good idea.

One of the “kits” on the way is a device modeled after the Tesla coil.  There are high voltages present.  If this turns out to be worth it, I will blog about it.

If it works as expected audio from some device should modulate the plasma.

Why, why not?  It might modulate the gases inside CFL tubes or neon lights too!

Hope you enjoy the blogs and of course take advantage of your tinkering time.