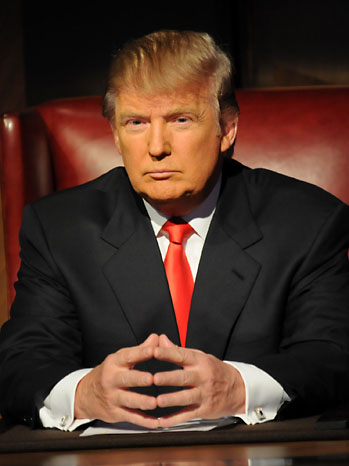 Yesterday, Mr. Trump gave a talk in New Hampshire.  During the talk he decided to simply open up the floor to questions from the crowd.

My gut feeling is that he decided that “practice fielding questions from just anyone,” might help him in future debates.  Now, that would by my reasoning however; I would not do it if I were him because he loses control of the setting.

True to form there were some nut jobs, or plants, that got the mic and asked some really far out questions.

Mr. Trump is short on substance anyway, so simply ignoring the bad questions and or placating them with “yea yea sure sure” was his strategy.

One of the loons talked about Fema camps and “visions” of bad things happening, which got no play in the press.

Another loon (first question actually) asked about the “Muslim problem” and accused President Obama of being a Muslim and not an American Born citizen.  Trump used his standard answer “were looking into a lot of things, next.”

The press has seized on this to once again attack Trump and of course his rivals are attacking him.. ”outrageous” on cries and another calls him a clown and not fit for the office!”  His opponents have nothing to lose and by saying things like “outrageous” simply gets them printed or Air Time.

These are all great sound bites but, what they are not reporting is that Mr. Trump simply placated the (nut or plant) and moved on.

Trump knows that Obama is a good guy, not a Muslim, and certainly not an alien!

No matter how much you disagree with this president, allowing such talk to go un-challenged is pretty close to saying it yourself.  If the press and other candidates have their way, they will spin this as Trump said it.

Tip:  When you run for any office, everything you say (or don’t say,) has to be, “Has to be” metered with “how will this be perceived by the voters, and how will it be used against me.”

Practice debates should be only with your staff, with no outside people anywhere near it.

In 1990 Clayton Williams was running for Governor of the state of Texas.  He made an off the cuff remark at a party for friends, that cost him the election.  He suggested that some victims of rape should “simply relax and enjoy it!”

Now this was said at a private party, drinking was involved and we don’t know the context of the statement.  He said it was part of a joke but, never the less, it cost him the election.

When you are in the public “eye” so to speak, you must control the environment and you must be rehearsed.  While Mr. Trump has defied the laws of politics thus far, this cannot last forever.

The sophomoric behavior and truculent attitude must stop, he must be armed with some substance when asked questions, and he needs to control his stump speeches.

His candidacy will implode if he does not take control of it.

The following essay or talking points were written by a guy named Jeff Williamson. These were posted on a radio stations site and thus expounded upon at length today, taking up much airtime. That made this post relevant.

Obama not going to Paris or sending the VP or even John Kerry was lugubrious at best.

I cannot vouch for the truth of this, in its entirety, I do however remember many of the things of which he writes as actual events that transpired exactly as he writes about them..

For the record I am not a truth-er. I had great hope for Obama, and I felt like he could help unite the races, instead of tearing them apart by fomenting racism.  His actions to date speak much louder than words, even the words written below.

The following are Jeff’s statements: