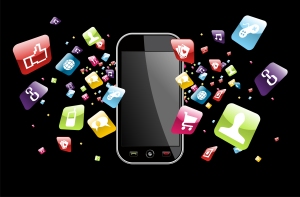 The smartphone has offered us many different things both good and bad.  The inclusion of a GPS has been a rather cool edition to the arsenal of tools that this Swiss army-knife of a device does for us.

Each and every day new apps are developed by someone trying to make it rich with their programming prowess.

Along with the GPS and many cool games and business applications there are some that are shortsighted in the total thought process.

We need to think through the process or, the makers of laws will do it for us in typical government knee jerk fashion, and we then lose control of the process.   Let’s look at Facebook for example.

Facebook is a success story of immense proportions for many reasons and mobile technology has pushed it over the edge of being what it is today. The problem with this app and others that require your attention are that while driving these apps are distraction to the task at hand, driving.

Texting is another example of a good idea run a muck!  Texting is a great way to communicate without a long drawn out conversation.  “I am running late.  I am going to the store is there anything that you need? Would you grab some milk on the way home? 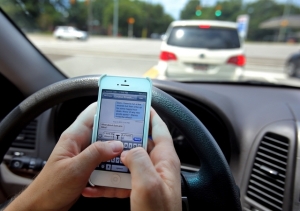 Texting and other applications take your eyes off of the road and that is a recipe for disaster.  How many times have you sat at a red light after it turned green waiting for people to look up from their smart phone to see that the light has changed?

How many times have you seen cars or even big trucks weaving all over the road as they think that they can text and drive because they are somehow better or more evolved than the rest of us.

I have actually seen many cops sit at red lights and weave in the road because of their distractions.  These folks have the  phone, two way, radar, a laptop and, not only are they supposed to be able to drive but, they have to listen to the two way and watch for people breaking the law all while driving!  And they unlike the rest of us “know” that they are better and more equipped to handle distractions while driving… Yeah ah huh….

The City of Denton has just implemented a ban on texting while driving that comes with a $200 fine each time that you do it.  We already have a state-wide law against distracted driving, so why a law so granular?

I would love to know how much of Daddy’s money ends up in the city coffers because they probably target students.  I know they in fact have a zero tolerance on speed limits so this falls into the same arena. The police should be a cost center, not a profit center.  When they turn into a profit center they loose their objectivity and come up with things like “zero tolerance.”  I stay the hell out of Denton for this reason, and I live real close to there. Business’s should ban together and stand up against things like this.  Zero tolerance means zero thinking!

The answer to this is really simple.  Disable the device’s ability to do anything but answer the phone while it is in motion.  This is not rocket science, many car GPS’s already limit what can be done with them while in motion, why not a smart phone?

It’s not fair!  Cries the passenger.  I am not driving so what difference does it make that I too will not be able to text, Facebook and so forth?  Actually, it is fair.  Do you realize how rude it is to sit in a car with people and you are on your phone texting or face booking or using some other app, rather than being part of the conversation or team “if you will” that drives from point a to b? As a passenger I often drive my half of the car, help navigate or point out something that the driver may not have seen, like a speed limit or stop sign hidden behind a bush or tree..

Removing the risk of distraction from other drivers; is it really such a sacrifice to make?  Some will agree and others that are more selfish will not.  The bottom line is that this action would save lives and keep the government from creating more laws and making revenue off of people making bad decisions while driving. Lets help people to help themselves.

If you plan to use your phone while driving make certain that you have voice recognition working as well as a blue tooth device so at most you have to touch a button on your headset that tells the phone you wish to do something like “call home.”

I could probably write a book on Cell phone etiquette but, let’s start with texting while driving and let’s make it easy for the rest of the people who think that they are impervious to being distracted.

Lets help someone who thinks that they are so happy that they must post it on Facebook while driving, it can wait!

If the City of Denton would think outside the box rather than in its regular 2 dimensional style, they would contact the state law makers and propose a bill that made sense. Have Apple and Samsung and others put something into the OS that disables the phones ability to open apps when it is in motion.  Excluding of course the telephone itself and or some apps that are made to run mobile like the GPS.