I know that I have touched on this subject at least once before, but I think that it is worth expounding upon….

It is no secret that I like eating out.  If I could have any job in the world, it would most probably be that of a food critic, or restaurant critic, or both…  I have traveled to 48 of the 50 states and have eaten in more places, tried more different types of food than I can possibly recount.   I have seen and tasted the “good, the bad, and the ugly!”

I remember my parents fussing at me as a child telling me that I was not raised in a barn, where are my manners.  I took this to heart and instead of fussing at my child in a similar manner; I sent her to etiquette or charm school, when the time was right, and then lead by example.

Having said that; we went out Fathers Day to a local restaurant that has predicable food, and service.  Walking us back to our table they sat us next to a table that had just finished.  The floor was covered in water, ice, dishes, silverware and upside down cups;  food from half a dozen meals; and peanut shells.  The table was actually cleaner than the floor however; not by much.  The words, “holy molly bat man!” escaped my lips before I was able to restrain myself.  The hostess did not pick up on my displeasure, sat us there and walked off.  If the people at the table that made the mess had not still been there, I would have requested a different place.

The family that had made this mess was in the process of paying their bill and made no excuses for the disaster.  If that were my family, I would have been cleaning it up myself; after which, would go no further than McDonalds’ for eating out until course corrections could be made.

Across from us were a couple who were engrossed with their smart “stuff” taking pictures of their food and god knows what all.  This was a young couple but still a couple and they were more interested in their phones, than each other.

Looking around the room there were other families also engrossed with their “toys.” The children were playing with something electronic instead of eating and the parents were no better.

We noticed that the hours that we were there, had a “happy hour” which was a combination of a particular type of meal and an adult beverage.  When we tried to order this the waiter exclaimed that it was not available as it was Sunday.  Clearly the menu stated that it was and we got into a disagreement about what the menu stated and what he was willing to do.

I finally said “I am not going to let this ruin my dinner,” and proceeded to order the same thing knowing I was going to have to pay more.  These folks are known for their sweet potatoes, which is made much like candid yams, including the marshmallows.  The waiter took our order and then felt it necessary to share that he can’t stand them.  What an odd thing to share with folks who two of the three at the table had just ordered them.   I could not restrain myself at this point and nicely ask him “how long he had been working there.”  “This is my first week!”  I would wager that if I went back tonight; he would not be there.

The food was as expected although, the service and the cleanliness of the restaurant was below-par by a long shot!

Below par is actually a misnomer, in golf that is a good thing; using it in these terms, it is not a good thing.

Last night I went out again to an upscale seafood place.  Sitting at the Hibachi Grill we were joined by several different folks from different walks of life.  If you knew me personally you know that I have never met a stranger.  I am the one that will talk with just about anyone, anyplace; even on an elevator in New York; be warned. 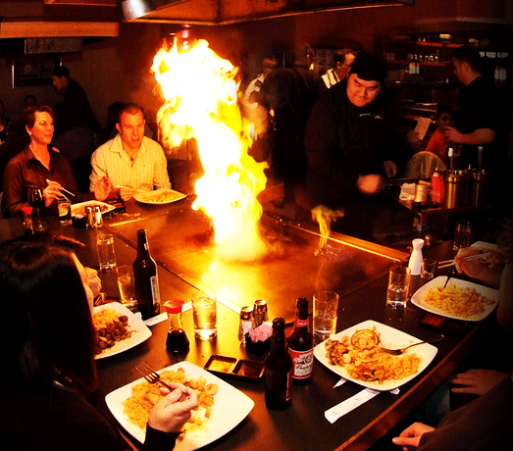 This night was no exception and I quickly broke the ice with the different couples and children that had joined us.  One of them had two young children.  One of which was frightened by the “pyrotechnics” and screamed loudly enough to wake the dead; the other child felt it necessary to entertain us with her rendition of Jingle Bells!   This couple had their hands too full to “play with toys” although the mom managed to get some facebook time in between “going through the fields in a one horse open sleigh” and her other child throwing cheerios.

This dinner was a rather expensive dinner for two folks so I would have expected the food to be pretty good, not so!  The filet Mignon was overcooked and was more like meat flavored bubble gum.  Medium means pink in the middle, this was well done.  The Shrimp too was overcooked and dry and rubbery.  The chicken was overcooked and dry.  The vegetables were just ok.  The fried rice was really disappointing as it was not anything but rice egg and soy sauce.

These folks usually have a real good “meal service” but, I would not recommend their hibachi grill.  While the chief was entertaining; I suspect that Gordon Ramsey would have not eaten there. 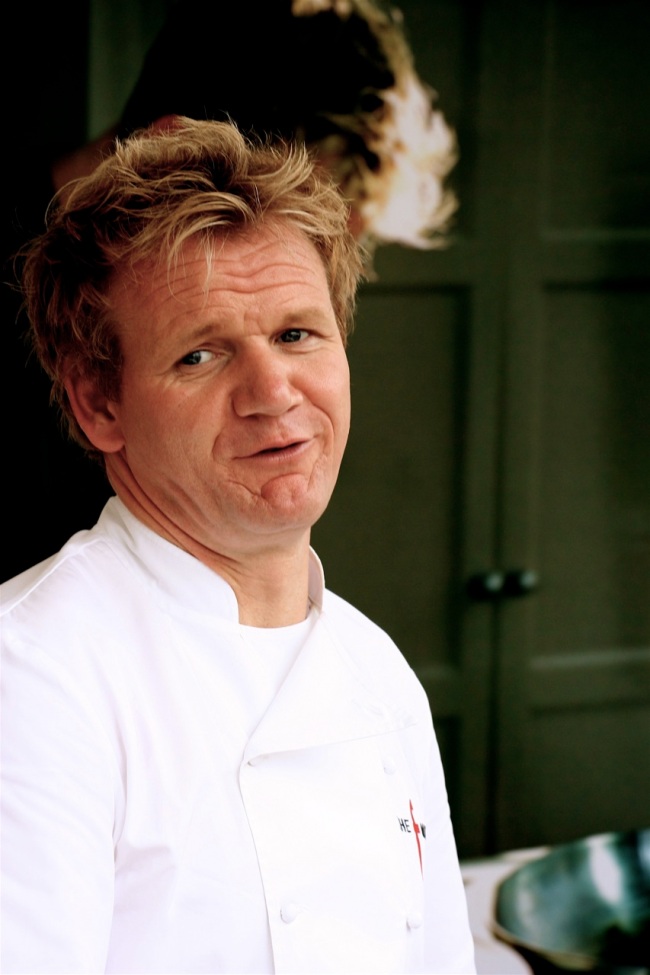 Maybe it is just me but, I would never take young children to an expensive place if I knew that they were not easily controlled or given to fits of hysteria.  If you are paying $100 and up for dinner, you don’t really want to hear or deal with screaming kids.  Chances are you may have your own at home and have them with a baby sitter as you want some time away from the chaos.  Keeping a relationship with your spouse that does not include changing diapers, or wiping snotty noses, or listening to Jingle Bells in June, is critical for your marriage.  Date nights are meant for the two of you to be around either just yourself or other adults. There are family friendly places where such things are expected but the odds are good the phrase; “do you want fries with that” will be employed sometime during the night.

These places have entertainment for kids as their take on eating is a few bites, and they are done.  Parents getting their child to sit still when they clearly don’t want to create an unpleasant environment not only for the child but guess what, for them and everyone around them.  It is reprehensible really to bring young children into “adult places” and expect them to behave as an adult.  They don’t have the mental faculties and or the patients to sit for more than about 15 minutes.

It is very rare to find children that can sit at a table for any longer than that without being the center of attention in a good way or bad way.  When they can behave themselves at family friendly restaurants, in a consistent manner; than go ahead and try them at nicer places.

Even more disturbing, I find that some families will simply ignore their children’s bad behavior all the while messing with their electronic toys!  It is bad enough to sit within earshot of a family correcting their rambunctious child, it is even more upsetting when the parents are oblivious to it and just let them run amuck while they are on FaceBook or some other diversion from reality.

Training your child is your responsibility.  You can send them to a school for such things or lead by example or both!  Currently, your bad behavior, your child watches. They mimic their parents and so the adage about the apple not falling far from the tree is very germane.   Are your kid’s apples or nuts? 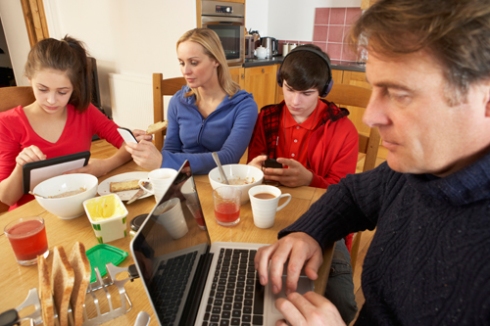 If you care to comment on this, please keep it clean and respectful.  With any of my blogs, I will happily discuss any part of them.  I will not tolerate disrespectful comments, nor will I make them.

I have decided that the cell phone needs to be redesigned. Apple and others need to make the phone in such a way that the battery can be replaced by the end user.

These things cost hundreds of dollars and the “normal” person is ill equipped to replace their battery. Secondly and most importantly, if I want to make sure the damned thing is off when I turn it off! If I can remove the battery, I know it is indeed off. Currently these phones, tablets, and other smart devices could be hijacked by who knows who and used for nefarious purposes.

Apple, Samsung and the rest need to make this happen!

While I would truly love to have an app that would tell me what my phone is doing or has done, I am not certain that the app (log) could not be circumvented by the hijacker. The only way to know for sure is to ” kill” it!

Without electrons it cannot be hacked. Maybe people will think I am being paranoid but , I am a security guy so paranoia to some extent is a good thing. Trust no one or nothing that you don’t have 100% control over.

These devices accompany us everywhere. They live in our bedrooms, bathrooms or wherever and if hijacked , video and or audio could be transmitted to who knows where!

Give me a replaceable battery Apple! I don’t need a new $400 phone and a new contract every 2 years, I need a $10 battery!