Why are the feds not looking into this?

Now I get a lot of this type of stuff and I know better….

Having said that; how many times have I been tempted to click before engaging the brain?  Too many too count… And I know better….

The post office would not have my e-mail address; nor would they send any type of attachment or even communicate with me in this manner.

They are the king of coming during the business week and leaving one of those nice little notes that you were missed and oh yes now go waste 30 odd minutes of your life standing in line; not counting the drive time, gas or other inconvenience for using USPS.

I digress, don’t play into this as it is most probably some sort of virus lurking, waiting to do some nastiness to your computer, files or exploit your personal information.

You would also be wise to have your e-mail package not display pictures by default.  That too is a source of ingress into your system, like files, you should only allow pictures from trusted sources and then make sure that your trusted source has not been compromised.

Have any of you followed this Cliven Bundy thing?

This just has distraction written all over it.  Why do I say this?

This guy has been letting his cattle graze where ever for over twenty years.  They go on land that is not his and eat whatever is eatable.  The land is covered in cactus and scrub brush and if it has grass, I didn’t see it.

The point here is that he admittedly broke the law and has been doing so for a long time.

The Sheriff is a friend of his and my guess is that he looks the other way as nothing is being hurt. As the matter of fact the cattle are eating material that could be combustible so in fact they are doing the feds a favor!

Now out the blue the feds come in with attack dogs, snipers and the freaking military to do what, to fine this trespasser?   Give me a break.

This is a way to get Fox news, which admittedly is no fan of the liberals to turn their attention to this, rather than keeping their eye on the ball.  Not only does this distract the news outlets but the American people as well.

This stand off had the makings of Ruby Ridge[1]  or Waco [2] until the militia showed up and said “cool it.”  This really could have ended badly.  Brinksmanship is a dangerous game where hot heads and guns are involved.   It ended very badly for Ruby Ridge and Waco and this is the same mentality at work here.

Even though the snipers and attack dogs have left, we still have good old Harry and his son stirring the pot. Harry, why does the Fed own so much of your state?  That land belongs to the people and you should make an effort to get it back into their hands.  Do you not represent your people?

On Hannity tonight he interviewed the family.  Brianna, a daughter in law made the statement that “we are a family of faith and have god on our side.” Brianna, I am certain that it is biblically correct not to break the law, read Romans..

This administration seems to have taken its cues from Houdini, watch the other hand if you want to see what is really going on.  As for the Bundy’s, get your cattle on your own land and respect fences.  Make nice with the feds, because as we have seen with past experiences, they usually don’t end well.

This is a stretch but if the feds had any sense they would make this go away.  Fine the guy a $100 and tell him not to do it again.  Next time don’t go after a gnat with a cannon!

Neither of you want this to go to court.  There was never a need for deadly force, and this really makes the feds look bad, again… 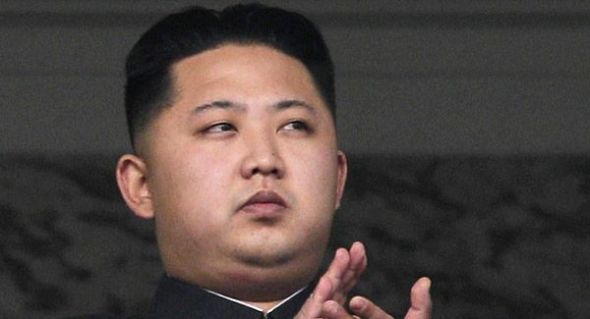 We live in a world today that is much more hostile than yesterday, “speaking figuratively.”

We have an economy that is literally based on a house of cards for a foundation. The Feds are printing $40B a month ($1.1trillion a year) saturating our economy, devaluing our currency with every dollar that they print. With oil based on the US dollar, is it any wonder why gas cost so much? The “booming economy” is most certainly the same today as the dot com fiasco of a few years ago, when Enron was in the news.

We are not the only country playing this game, others including China are as well.

The economy is based on fabrications and we might as well try and spend monopoly money as that is what your greenback may very well look like in the not too distant future.

Those who survive this will most likely be that small subset of humanity who “lives off the grid” as it were. The people who live in the inner cities and who depend on the government for their existence will be in trouble when this house of cards falls. The Farmers in this country and others may survive as they know how to live without going to the local grocery store every other day for something. They also see the inside of a restaurant far less than the folks in the inner city as they simply don’t enjoy the disposable income that others do. When the bible talks about the meek inheriting the earth, one can’t help but wonder if he is talking about the farmers.

On top of the shaky economy we have small countries with the keys to Nukes! There are no winners if someone drops a nuke. Our defenses have most certainly been hardened to sustain an EMP, and a retaliation of biblical proportions would most certainly follow.

This exchange would involve other nations who have nukes as they will have certainly picked a side. “The enemy of my enemy is my friend.” While I have full confidence in the American Military and their ability to intercept any missile headed this way; the following actions would have serious repercussions worldwide.

Any exchange of missiles with the US would not only devastate the offending country (s); I am certain it would also trigger an economic meltdown worldwide. Everyone looses. Never mind the radiation that would be released to poison every man women and child in the entire world, as well the animals and vegetation.

I can visualize that last man standing, holding the key to a spent nuke, standing next to the shell of building, scorched from fire, with dead creatures and plant life all around him, with radioactive ash falling from the sky, declaring victory; as the blisters from radiation sickness bubble up on his body. We are truly that foolish! Nobody Wins!

When E=MC2 was discovered, Einstein wrote an impassioned letter to the president urging him not to use the bomb. That letter and is German heritage earned him a one way ticket out of the program. Oppenhiemer and others took over, and of course the rest is history. A nuclear device of a relatively low efficiency was created and dropped on our enemy, twice. If those were of a low efficiency, can you imagine what is around today?

An alliance of the superpowers is critical to keeping the peace, and our current administration does not seem to embrace that. Foreign policy is critical at this stage of the “game.” America needs to sort out who its friends are relatively quickly, and form that alliance that was so strong under previous administrations.

In retrospect, what is important to you? Is having a lot of money in the bank important? Is having a lot of gold in some small vault in your house important? What about food, water and guns? Add whisky and cigarettes to the food and water and you may have something. Why? That may very well be the new currency, if this comes down badly. Keep a good supply of your personal medications on hand; several days if not weeks of fresh water, and having some gas stored somewhere may not be a bad idea either. If they are that stupid to launch nukes, it really doesn’t make much difference. There will be no survivors, other than the cockroach. Mutually assured destruction, either by nukes or the economy or both; is not a cheery outcome.

While it is my fervent prayer that no one is stupid enough to pull the trigger, North Korea continues to be very provocative in its talks with media and other news outlets. Today they gave the Brits till the 10th to get out of their country. What will be the spark?