Today I would like to visit with you about a few rules of the road.

Recently (very recently) I spent some time on the highways of Texas and Louisiana.

The first thing that I would like to address is drivers and cell phones.  The things have invaded every facet of our lives.  We have them everywhere and we are married to them.  These things are the Swiss army knife of technology.

There are so many ways that the phone has become an integral part of our daily lives that if we leave home without it we will turn around and go get it.  If we are too far away when it is discovered we will actually have anxiety issues about it not being with us.

We will pull it out at a red light.  This action often times causes you to be sitting there after the light has turned green causing the guy behind you to honk.  (That guy is me by the way.) 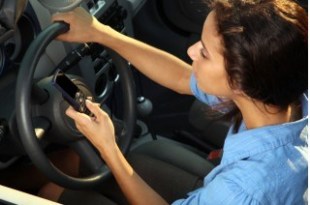 One of my favorite all time News Anchors pulled it out and took a picture of her dash while traveling down the road at 60 MPH showing the temp of  -14 and of course driving at night on icy roads.  She really should lead by example, and this is not it.

On this last trip I noticed a new twist to this phenomena, truck drivers are doing it.  On multiple occasions I would see a truck swerve on the highway.  Often times they would swerve to avoid going into the ditch and their truck / trailer would end up in the other lane from the over correct.  As I passed each and every truck that did this they had the phone up next to their ear. 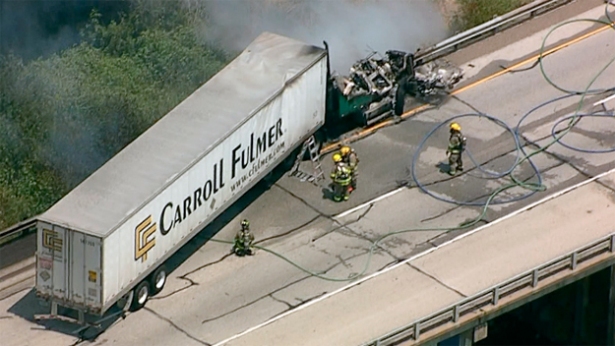 The driver that really caught my eye was a Texas Trooper, who also swerved.  As he passed me, he too had a phone up to his ear. I guess that he was late for something as he passed me well in excess of the speed limit, on a rain slick street, with a phone next to his ear.  Can a citizen pull over a cop? 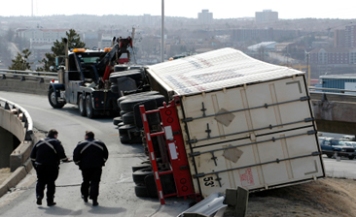 Normal every day drivers do this all day every day with no thought of the danger that they are putting themselves in, not to mention the rest of us.

This type of behavior is cause for every day drivers to pay attention not only to the road but each and every car around you as you never know when someone is going to try and do something stupid!

Hands free devices should be mandatory for those who wish to talk and drive.  My vehicle allows me to hit a button on the wheel, tell my phone who to dial and handle everything without taking my eyes off of the road.  There are after market devices like this so, really there are no excuses.  Even a blue tooth headset will allow you to do this. 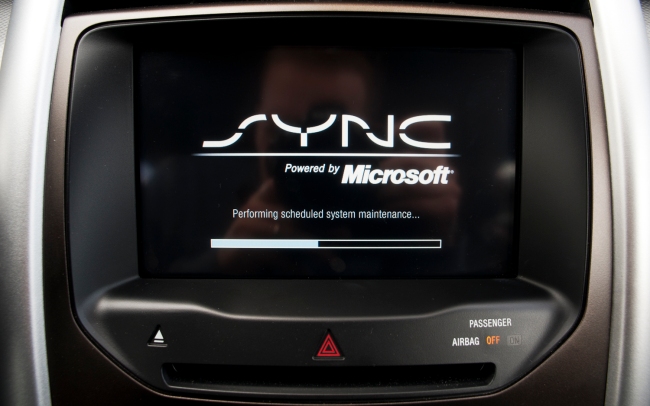 Distracted driving is illegal.  We should not need a special law for each and every thing that you might do with your car while driving.

On another note, who came up with the speed limits on our roads?

Some road should clearly be marked faster than they are and some should not be marked as fast as they are.  There should be standards and that can be state by state but there should be consistency.   Two lanes farm to market roads have no business being 75MPH.  Multiple lane highways have no business changing from 75 to 55 when they are the same road with the same kind of traffic.  We need to work to fix things and lead by example.

Small towns that change their speed limits on the main road to 30 mph at the drop of a hat, with the sign being partially or fully obstructed by a tree or shrub or some other structure ought to be fined by some sort of oversight committee. 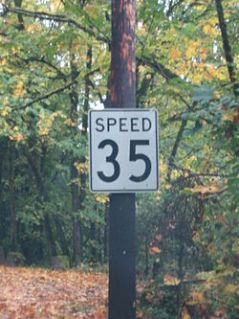 Recently I went through Cross Plains Texas where the speed drops from 75 to 30.  Just inside the border there is a really old sheriff or some sort of cop that wears a T-Shirt that says police on it.  He has a cowboy hat and boots and jeans.  Truly he is a throwback from another era.  The tickets appear to be an 8.5 X 11 piece of paper and he goes through many, from what I am told. Maybe they are the large print variety.

On a recent trip through the Keys I found that the road going through them was under construction for the entire trip. Highway 1 was about a 100 miles of intermittent speeds going from a high of 55 down to 30 with little or no warning.  Behind each and every sign was a cop and of course while all of the signs said, “active construction zone” there was not a sole lifting a spade of dirt.  There should be a law against this type of thing.  By the way for the record; this was a work day, middle of the day.  The entire week that I was there I never saw anyone doing anything that one could call construction.

Slow down, don’t text and drive, and get a hands free device and learn to use it.