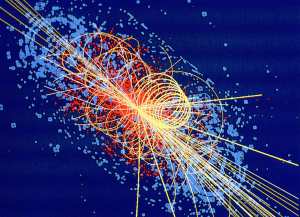 One of my “friends” who reads my ramblings commented on my mention of the Higgs.

Truth be told, just about everything interests me to some degree.  Particle physics fascinates me as with science, there is one truth.  When you deal with people, ideas, philosophies and heaven forbid, politics; the truth seems to belong to whom can talk the longest or loudest or speak the most eloquently!

With Science and especially math, there is one truth.  So it is no small wonder that back in the day when the “god particle” was conceived, that interested me. 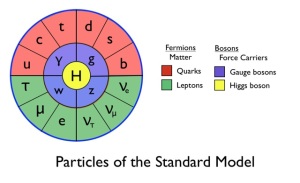 Currently we have the standard model which puts the higgs as the “glue” that holds everything together.  The folks at the LHC spent years proving that it existed only to find that its “weight” was neither light, nor heavy but right in the middle.

If it had been 115 GeV that would point towards symmetry where as a heavy Higgs would suggest Multiverse.  Multiverse really points towards chaos where symmetry would mean that physics here is the same everywhere.  Because the Higgs is 126GeV that leads some to believe that it is not very stable.  It neither proves symmetry or the multiverse theory so now those that do this for a living, get to create new models. 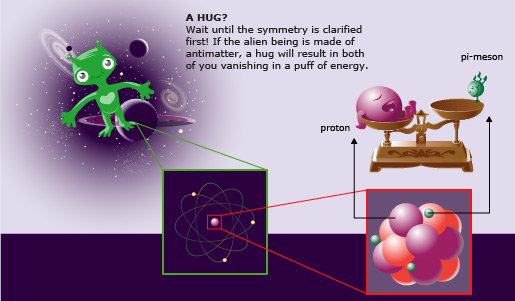 I lean towards the Multiverse theory personally, because we do have the second law of thermodynamics.  Entropy is what it is, and I see no reason that it would not apply to particle physics as well.

Than again, all of this is above my pay grade..  🙂

On a personal note we here in Texas spent a lot of money to start this project before “politicians” got involved.  We spend our resources foolishly and we hold back humanity by giving them fish(instead of teaching them to fish).  I realize that there is a large percentage of people who are far from caring about such things and only worry about things like making the rent, to getting their next fix.  On top of wasting our resources on making an industry out of incarcerating people; we try to be the world’s police.  We send resources all over the world and for what?  Are we buying friendship or loyalty?  These same people that we are sending our resources to cuss us, and yet we continue.  I would make a lousy politician as my actions would be far more pragmatic, than political.

Truth be told, if those that cuss all Americans could know us, without looking through the lens of propaganda, they would find that we have more in common than not.

I mention this because the folks that make CERN what it is, are people from all over the world.  There are folks that come from countries that are at war with each other; they see the bigger picture.  CERN should be a model for the rest of the world.  That model and project could have, and should have been here in Texas.  A project like that in Americas back yard might have inspired many to do something with their education in the engineering field.  One would think with NASA in our backyard would inspire American’s but this administration has cut funding.  We are getting rockets from the Russians “which don’t seem to work too well.”  We are hitching a ride to the space station via the Russians!  The ESA put a Lander on a comet, not the USA or NASA!

We just celebrated the anniversary of Sputnik. October 4th 57 years ago the Russians successfully put a low earth orbit satellite in orbit.  While this was a huge technological breakthrough for the time, this was a political move to try and find where the US would draw the line.  Truth be told we too were trying to find out where the line would be drawn so brinkmanship once again was the play.

When adults get back into the White House, it is my sincere prayer that they prioritize things and put education high on the list. I would like to see our foreign policy restored with our friends and allies but, that is another blog for another day.

I am sure this is more than my friend hoped for regarding my thoughts on the Higgs Boson.

One thought on “Higgs Boson”