During the RNC I expected what we saw.  Those that were for America, and those who were there for themselves.

The candidates that supported Trump are for the party, country and let’s face it, you!

Those with bruised egos were in it for themselves, to begin with.

Trump gave Ted a chance to redeem himself, set him up for a possible run later, (he is young) and he blew it.  There will be a few that agree with him, but there are a number of folks who are voting for Hillary in spite of the fact that she should be in jail!

“Vote your conscience???”  During the debate, Hillary was the person to beat no matter the cost, now it is, “it ain’t me, I don’t care, let Hillary win..????”  Ted, I think you let a lot of folks down!  Your excuse was so damned lame it was pathetic!

You signed a pledge Ted, a man’s word is his bond!

With this much at stake Ted, you come in front of 50 million people and basically tell them that you are picking up your marbles and leaving!

Politics is a rough and tumble game sport.  If your skin is that thin, I suggest you go be a professor somewhere, where you will have an audience that has to listen to your whiny rhetoric.  You sent a naked picture of his wife to all of the voters in Utah!  I think if anyone had a right to a grudge, it was Trump!

Politics is a big boy game, stay out of the deep end!

This race is a binary race.  Vote for Trump or Hillary, any other vote is for Hillary and that includes sitting at home.   The race is inherently rigged for the democrats to begin with.   With activist judges allowing the dead to vote, multiple times, well you get the point.

Some are calling for the libertarian candidate who will siphon more votes from the evangelicals who are drinking the Koolaid of the liberal media.  Hillary is spending over a Billion Dollars in smear tactics to besmirch Trump.  She is targeting the evangelicals much like Ted did in Utah.  It is not her game to gain more voters but to take them from Trump, much like it was Cruze, Kasich, and others tried to steal the primary from Trump with lawyer tactics and last minute rule changes.

Evangelicals will not vote for her so, making Trump look like Hitler or Satan or pick your villain is her strategy.  Fear mongering will most certainly come into play as few follow this stuff, and many get their news from comedy central or MSNBC…same thing!

In 2012 Evangelicals stayed home, and Romney lost.  26 million of them could not stomach a Mormon in the White House, so they stayed home.  Hillary and her minions will do their best to target them again.

It is rather interesting that the Evangelicals who preach “judge not” could not bring themselves to vote for a  Mormon.  Do you actually look at that Bible or do you just simply dress nicely on Sunday and let everyone see how pretty your are?

I am glad that Jesus is not as judgmental as some of his followers, we might have a problem.

The propaganda is flying all over social media with “friends looking surprised by what they are reading.”  They are surprised because they are drinking the Koolaid!  It is unsubstantiated facts and outright lies, and people read and say things like “WOW, JUST WOW!”   There is your first clue lassie; it is probably all make believe! 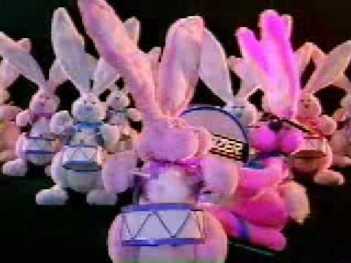 John and Ted were a disappointment, but at least they are not the candidate, Bush was never a contender; it just took him a little longer to figure it out, maybe his battery was low.

The primary is for vetting the candidates, the people have spoken.  The General should be lively as we run that last lap of this race.  It should be interesting to see how the Hillary camp spins her lies and how much more this administration will do to protect her!